‘We Europeans’: new project to mobilise and empower citizens 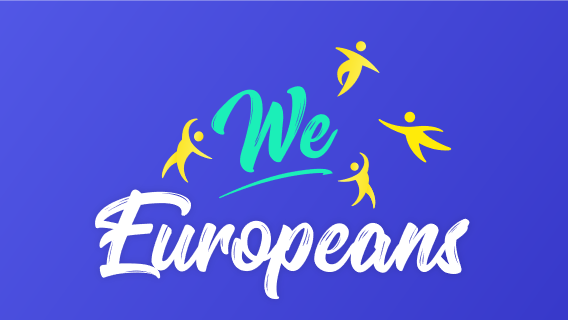 CIVICO Europa and MAKE.ORG are launching a continental democratic and civic campaign. A call for mobilization is launched today in about fourteen major European media outlets, Libération in France, El País in Spain, Politico in EU, Le Soir in Belgium, Tageblatt in Luxemburg, La Stampa in Italy, Publico in Portugal, Delo in Slovenia, Népszava in Hungary, I Kathi-
merini in Greece, Gazeta Wyborcza in Poland, Postimees in Estonia, Adevărul in Romania, Die Press in Austria and euractiv in the EU.

European personalities of different origins and opinions, and representatives of citizens’networks, are calling for a re-appropriation of the European project by citizens and their mobilisation in the context of the European elections. They announce a massive trans-European popular consultation involving millions of European citizens, and the organisation of a Congress of Europeans at the European Par-
liament, the House of the Citizens of Europe, on Friday 22 March 2019 in Brussels, a few days before the Brexit. Among the signatories of the Op-Ed : Fernando Savater (ES), Philosopher, Cynthia Fleury (FR), Philosopher and psychoanalyst, Robert Menasse (AT),Writer, Ian McEwan (UK), Novelist, Luca Visentini (IT), General Secretary of the European Trade Union Confederation, Sofi Oksanen (FI), Writer, Sasha Waltz (DE), Dancer and Choreographer, Costa-Gavras (EL), Film Director and Producer.

WeEuropeans is a transnational and non-partisan civic campaign. It goes beyond the various political opinions and brings together all citizens who are convinced that the EU is the most efficient lever for change to meet major global and European challenges, provided we reconnect with citizens. WeEuropeans wants to be the voice of Europeans hence its name: we Europeans are Europe, and we must remind everyone of this truth, citizens and elected officials alike. The campaign is divided into several stages, including two highlights, a massive consultation and a Congress:

WeEuropeans monitors political activity beyond the elections and the establishment of the new European Parliament and Commission, and ensures that commitments are met.

CIVICO Europa is a non-profit, independent, and transnational association, aiming to give a new impulse to the European project and, specifically, to democracy and citizenship in a radically changing world. Civico gathers a group of influent pan-European personalities from different sensibilities united in the belief that it is time to reinvent modern democracy and to transform Europe in a democratic laboratory based on citizen participation.

CIVICO has proven its influence on public opinion and European political leaders in the course of its existence. After having launched on 9 May 2016 the May 9 Movement (M9M) to spur a revival of the European project, published in several leading European newspapers, thousands of citizens expressed their eagerness to join the movement, and Heads of states and government met members of the M9M, who were also received by the Presidents of the European Commission and Council.

The first act of CIVICO, born after M9M, was to author a report on «The European Way for a Better Future» which core message was to show how our threatened democracies and the EU specifically, should complement elected representation by a new form of direct and continuous civic participation. This call was also published and presented to high-level decision-makers (including Presidents Juncker and Macron), thereby significantly contributing to the creation of the current political momentum for democratic consultations.

See the report «The European Way for a Better Future»

On the frame of such a process, another call was launched, on 9 May 2018, in the form of an Open letter to the citizens and the Heads of State and Government of the European Union for a new congress of the European consciousness before the end of the year, assembling citizens, opinion influencers, and leaders from across the European spectrum. This has then turned into the WeEuropeans initiative in partnership with MAKE.ORG: an influent civic movement and an innovative CivicTech joining their forces, assets and skills.

MAKE.ORG is a leading European CivicTech company. Its mission is to massively engage the civil society into the positive transformation of Society. To achieve this mission, MAKE.ORG has developed a unique technical platform enabling millions of citizens to be asked an open question and to extract from it popular consensuses.

MAKE.ORG has also built an advanced governance to ensure its extreme independence, neutrality and transparency. This ambition is expressed through MAKE.ORG Chart of Ethic:

The capitalistic and operational functioning of MAKE.ORG is controlled by an independent Ethic Committee which quarterly reviews and represents the respect of the Chart of Ethic. On top of it, MAKE.ORG created the Initiative for a Sustainable Democracy, the first global strategic alliance between states, cities and CivicTech. Taiwan, France, Belgium, Paris and 30 leading CivicTech already signed the Initiative. MAKE.ORG is targeting the signature of 50 states and 50 cities by September 2019. MAKE.ORG has taken the thought leadership of CivicTech companies.

Specifically for the operation, WeEuropeans, MAKE.ORG and Civico have set an independent Scientific Committee which will supervise the conformity of the consultation. To ensure the perfect execution of the consultation, MAKE.ORG has also built operational partnership with Datawords (language and multicultural expert services) and Edelmann (PR network).

Check here the consultation of the platform