The Progressives in Kraków

Social Europe has to be at the heart of European elections 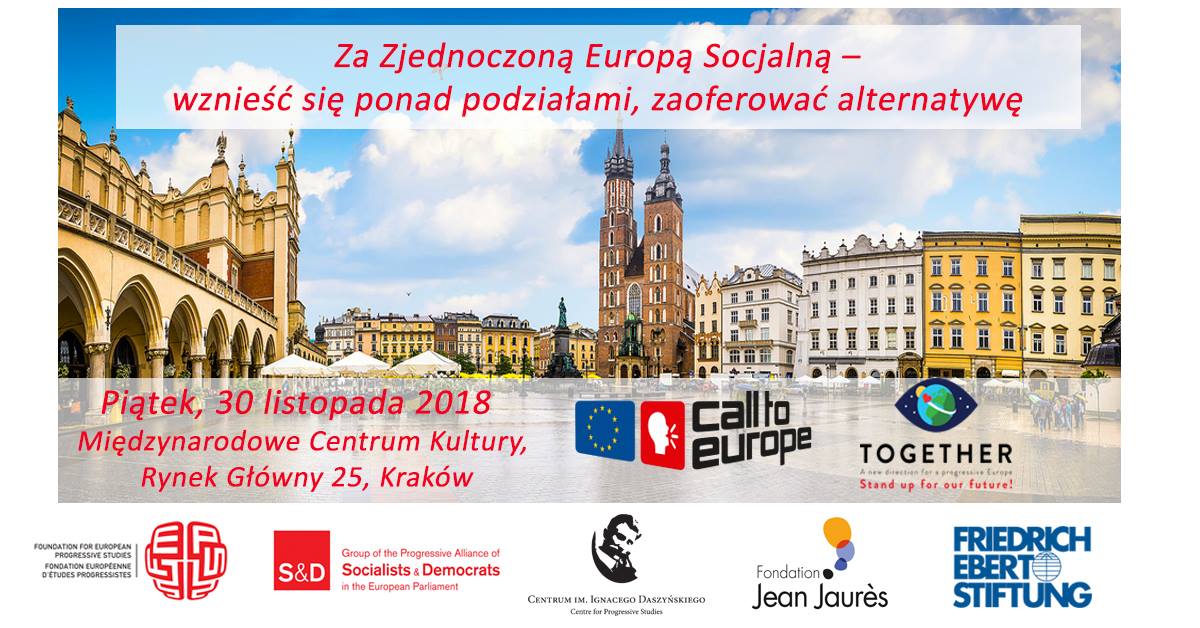 Between November 29th and December 2nd, socialist and democrat politicians gathered with academics and civil society activists in Kraków to discuss what we can do better to win back our citizens’ trust and pave the way for a stronger united social Europe that works for all. The event was organised by the Group of Progressive Alliance of Socialists & Democrats in the European Parliament (S&D) and the Foundation of European Progressive Studies (FEPS).

The conference took place one year after the Social Summit in Gothenburg, Sweden, where all EU leaders and EU institutions proclaimed the European Pillar of Social Rights. It was an historic moment, but now we need to turn commitments into concrete actions by making real improvements in people’s everyday lives. Six months before the next European elections, the S&Ds invite all to focus on the social situation in Europe during the next campaign, as we cannot afford to further deepen the rift between the rich and poor in our Union. 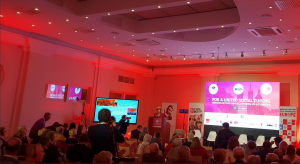 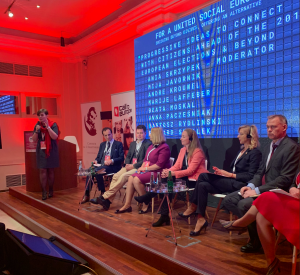 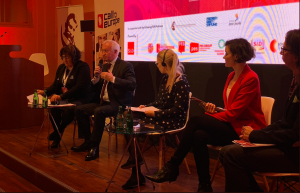 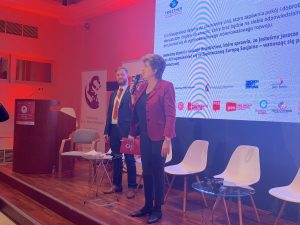 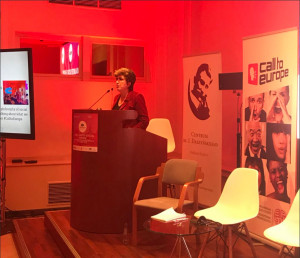 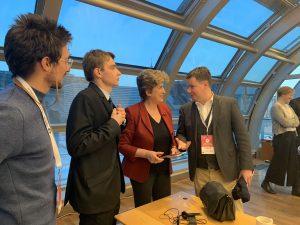 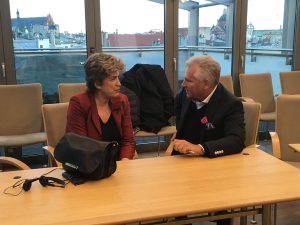 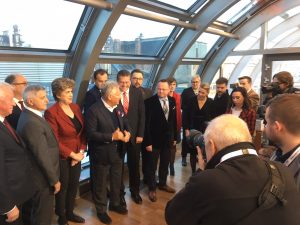 “The European Union must continue embodying a promise of shared welfare, prosperity and equal opportunities for all. With that as a mission, we have to ensure that everyone is indeed treated in the same way across the European labour market: in terms of wages, ensuring investment in people, providing decent working conditions, social protection and public services.

“Europe must declare war on poverty: we are advocating the adoption of a European-wide poverty reduction strategy, an ambitious and effective plan instead of mere handouts right wing and nationalist governments give to their citizens in the form of social allowances. In particular, we must eradicate child poverty through the establishment of a European Child Guarantee: to ensure every child has access to good education, quality housing, food and healthcare.

“We need to speed up negotiations in order to be able to deliver on the promises made in Gothenburg: to build a fairer Europe and strengthen the social dimension of the EU before the 2019 European elections. Europeans want to see concrete actions.”

The event kicked off with the discussion organised by the S&D Group under the motto “Go Local”, followed by a conference that FEPS organised together with S&D Group and with the support of Centrum Ignacego Daszynskiego, Foundation Jean Jaures and Friedrich Ebert Stiftung under the leading theme: For a United Social Europe: bridging beyond divides, offering alternative.

This event gathered the leaders of the FEPS, S&D, PES and PES Women, Young European Socialists, Members of the European Parliament, representatives of the Polish centre left, and both European and Polish academics. Together with almost 200 members of the invited audience they discussed the future of Europe as a Community anchored in strong set of values, as also the context of upcoming 2019 European elections and ways that Progressives equipped with a distinctive agenda could actually make a difference.

On Saturday and Sunday, 1st and 2nd December respectively, FEPS and its partners held a closed seminar “Call to Europe: Modern Social Democracy: values, programme, strategies”, which followed the earlier activity held a week before in Plock. It welcomed 25 participants, who through debate on inputs and more practical workshops debated on: modern values of the European social democracy; the challenge of growing pluralism of the left; the sense of partisanship and strategies to modernise the organisations; and finally the understanding of polls and their strategic use in political life.

Video recordings of the event here 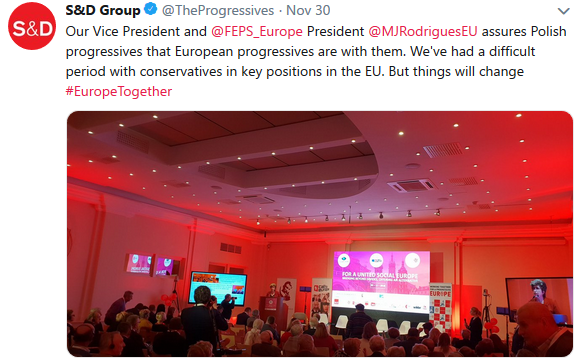 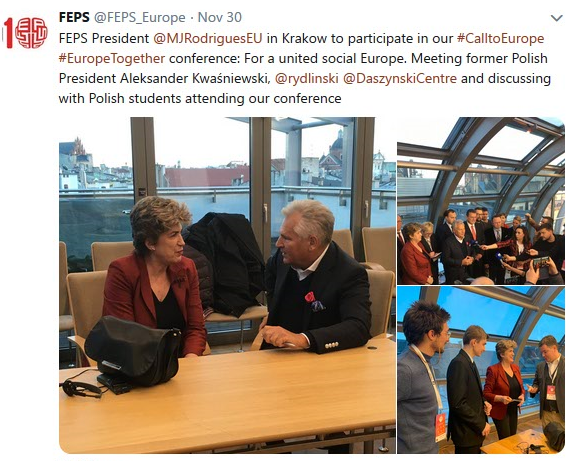 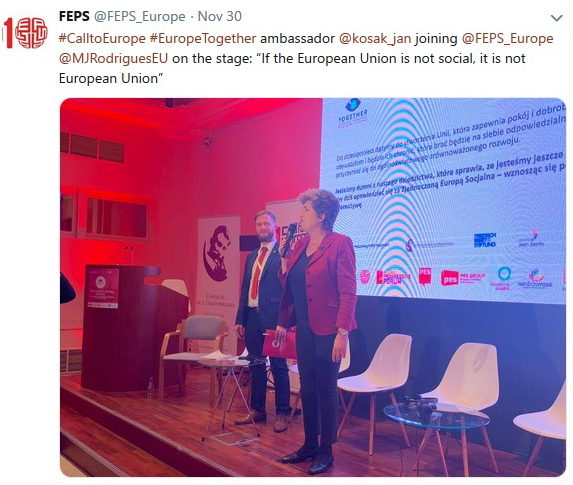 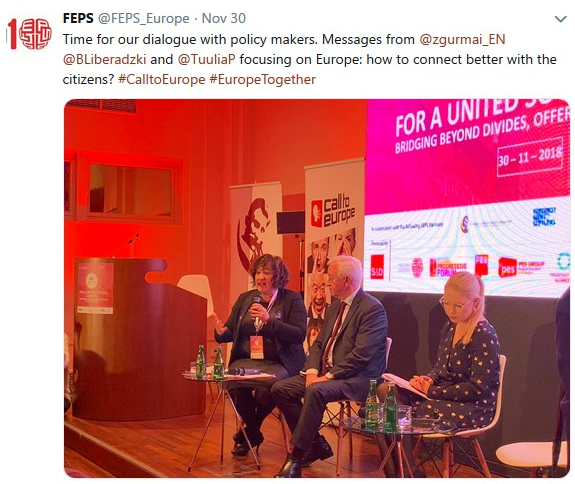 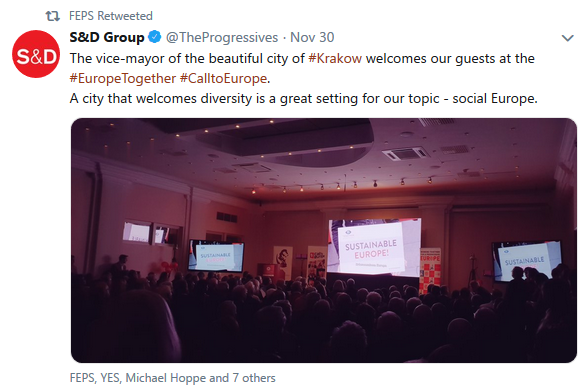 The event in the Polish press:

Opinion article in Gazeta Polska about the event: 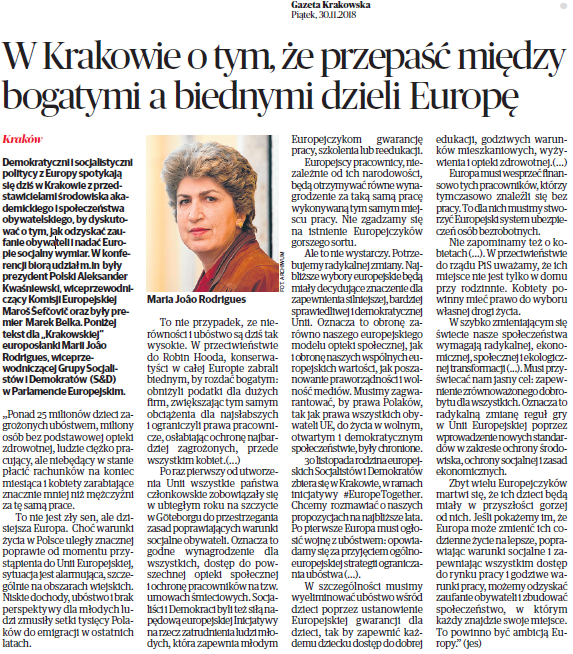