New group “Stand Up for the Social Pillar”

“Delivering on the European Pillar of Social Rights: The role of the European Semester and the new MFF” was the new name of the firs conference by the new group “Stand Up for the Social Pillar”. 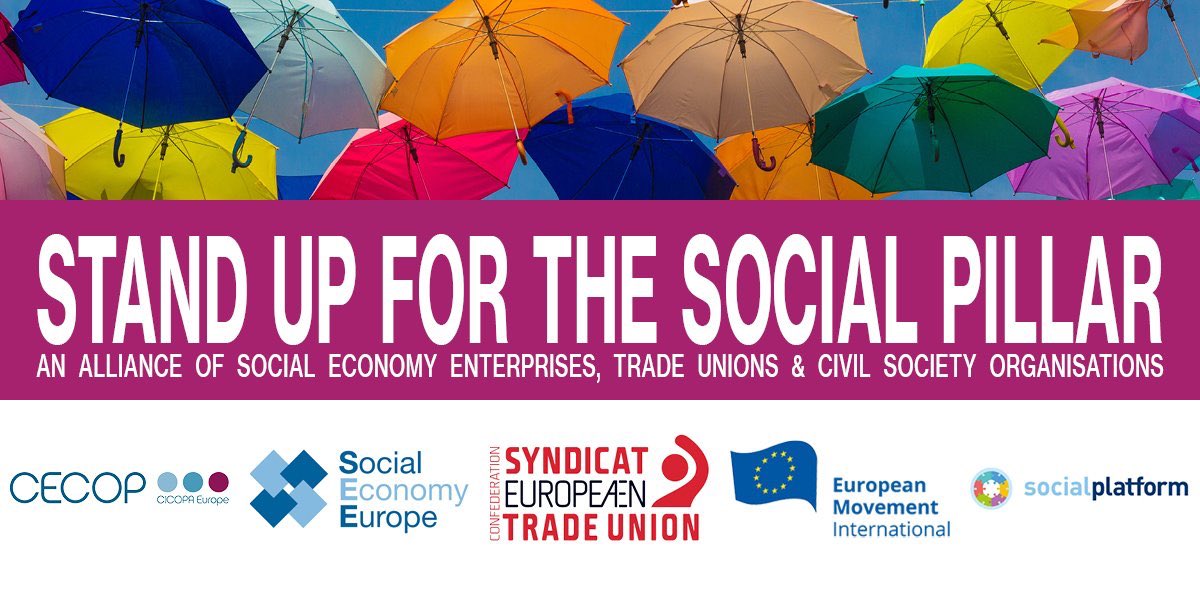 This new group has been set up to encourage Governments and EU institutions to fully implement the European Pillar of Social Rights. It brings together social economy enterprises and organisations including cooperatives active in industry and services, trade unions, pro-European organisations and social NGOs, and has as its mission to:

‘Stand Up for the Social Pillar’ aims to make national organisations more aware of the significance and political importance of the principles of the Pillar and create an environment in which national Governments and EU institutions commit to full implementation of the European Pillar of Social Rights.

The group aims to have a series of activities in member states and the EU institutions, and with member organisations. 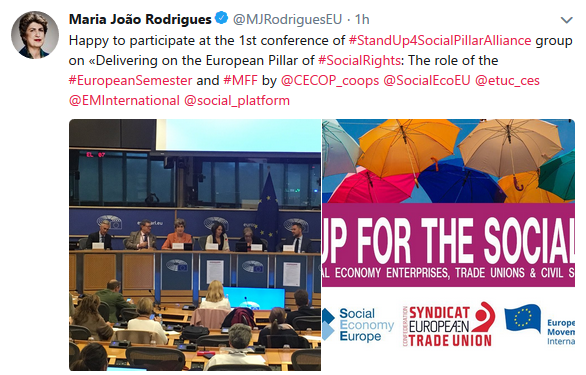 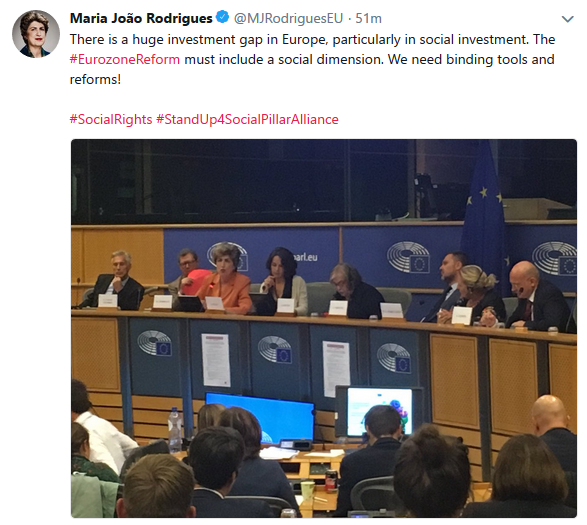 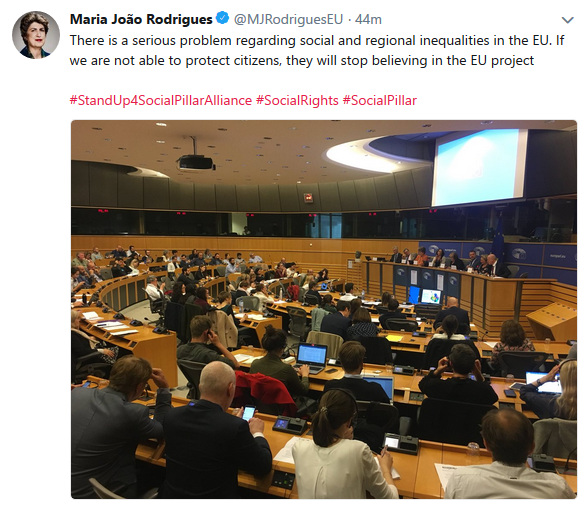 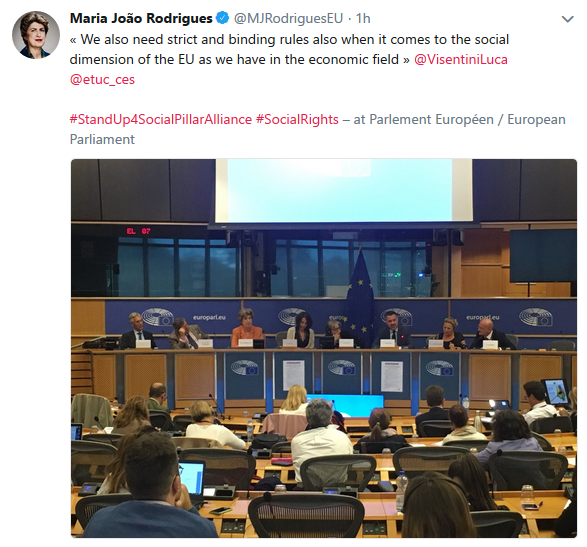 Founding members of the new group are:

15:15-16:00 Roundtable on Stakeholder involvement for socio-economic convergence through the EU semester

Presented and moderated by Kélig Puyet, Director of Social Platform

16:50 – 17:00 Conclusion remarks by Marco Cilento, representative of the Stand up for the Social Pillar Alliance