Socialists and Democrats from all over Europe gathered at the PES-Congress in Lisbon to discuss key issues ahead of the 2019 European elections and to acclaim the PES Common Candidate, Frans Timmermans.

The Party of European Socialists (PES) Congress in Lisbon saw the progressives gear up for the elections in May 2019. At the Congress the party passed eight resolutions – an ambitious policy platform to invest in communities, push for a green transition, and create opportunities for young people. The eight resolutions will form the basis of the 2019 PES election manifesto.

1000 participants – prime ministers, party officials, delegates, activists, academics and guests – from 56 different countries took part in the Congress, making it one of the largest progressive gatherings ever organised by the PES. Overall, 76 progressive organisations were officially represented at Congress, and activists from many more attended the event. 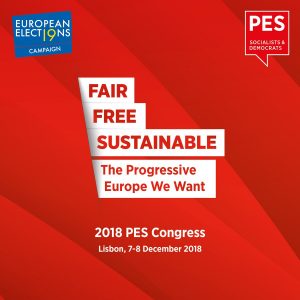 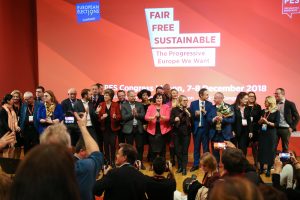 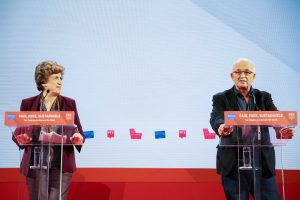 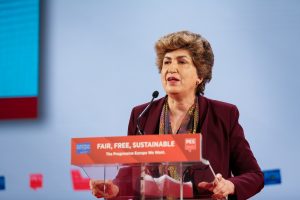 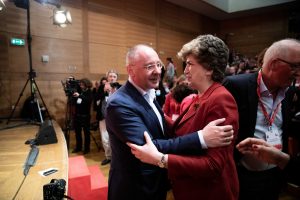 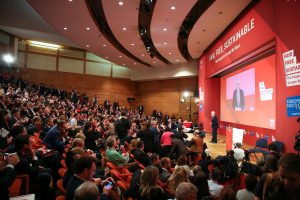 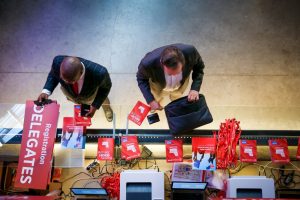 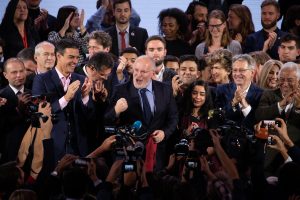 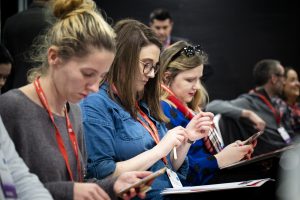 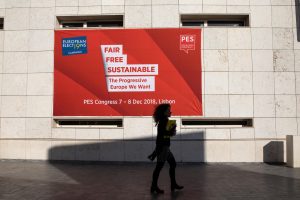 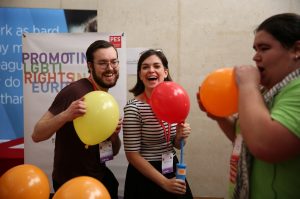 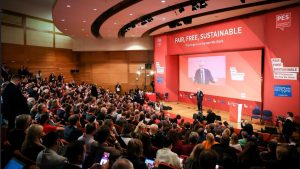 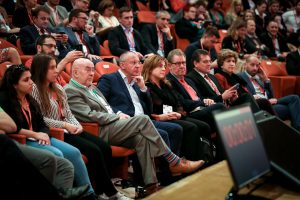 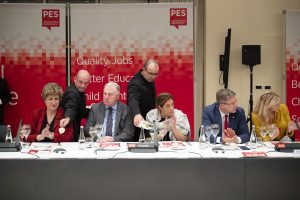 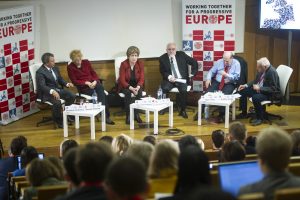 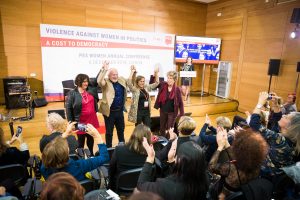 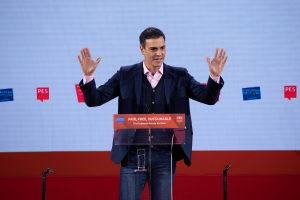 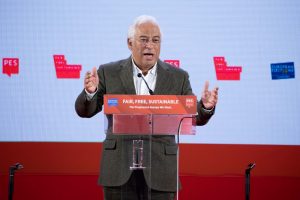 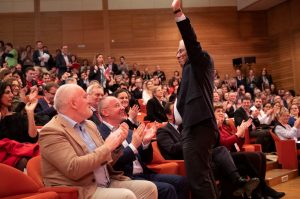 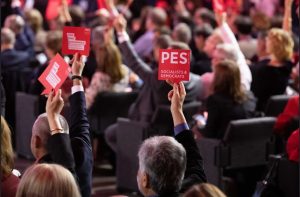 Can I change my future? Progressives ways for the European Union 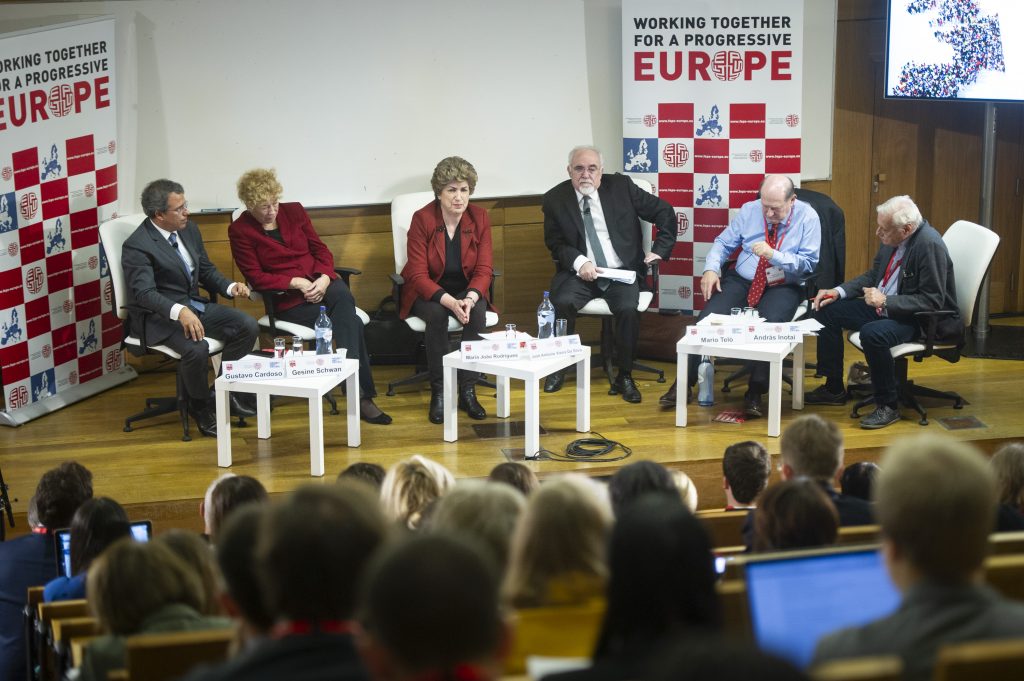 A high-level conversation organised by the Foundation for European Progressive Studies (FEPS), with the support of the Friedrich Ebert Stiftung took place in the framework of the 2018 PES Congress.

In a context marked by a growing disconnection between the global level of issues, and the national or local level at which they are addressed, conservatives propose the status quo. Populist movements and extremist parties, for their part, capitalize on European citizen’s legitimate concerns and emotions to propose a simplistic inward looking, short term oriented and nationalistic fallback.

By bringing together a set of renowned progressive intellectuals, and basing on the results of its substantive work, FEPS panelists explored what a future progressive European Union should look like and with what means it should be equipped to address the roots of the socio-political, digital and geo-political challenges it is facing today.

Video of the debate available here

More information about the event and progamme

The PES Congress in Lisbon approved the policies which will underpin the PES’s campaign to win back Europe in May next year. The chief coordinator of PES resolutions Maros Sefcovic led a four-hour plenary session with interventions from UK Labour Leader Jeremy Corbyn, as well as PES member parties from across Europe, the Young European Socialists, PES LGBTI group Rainbow Rose, and trade unions.

The eight resolutions will form the basis of the 2019 PES election manifesto.

The resolutions, as adopted, can be downloaded here.

Frans Timmermans took to the stage for the first time as the PES Common Candidate for the 2019 European Elections and set out his vision for the future of Europe in an impassioned speech at the PES Congress in Lisbon.

In a rallying call to progressives across Europe, Frans Timmermans said that only a social democratic victory at the European elections next year would secure a free, fair and sustainable society for people across Europe.

Addressing delegates, Frans Timmermans said: “These are not ordinary elections. These elections are about the soul of Europe. We need to adapt to a changing world. We are the political force with the willingness and capacity to do this. We need to write a new social contract with Europe’s citizens.”

Sergei Stanishev, re-elected as the President of the party

Delegates at the Party of European Socialists Congress in Lisbon have today re-elected Sergei Stanishev as the President of the party.

Addressing delegates ahead of his re-election, Sergei Stanishev set out his vision for a progressive Europe – a Europe which is fair, free and sustainable: “This year will be crucial year for our party and I would like to thank the PES family for putting their trust in me as President – I am looking forward to leading the party into the next elections. But more than that, I would like to thank them, and all our member parties and activists, for their commitment and effort. Last year I said Europe urgently needed a progressive renewal. This Congress proves that this renewal is very much underway. Our party is more united and motivated than ever before, and we have a strong policy platform and Common Candidate as we go into the European elections.

The PES to train 15000 activists for European elections

The Party of European Socialists pledged today to organise the biggest progressive mobilisation ever for the European elections, as they launched a new training academy for activists.

The 2019 Campaign Academy will see leading campaigners from PES member parties and organisations come together over the coming months for workshops and panel discussions on election hot-topics.

Ahead of the PES Congress which took place in Lisbon on 7-8 December, the 2019 Campaign Academy organised a two-day Campaign Camp for activists.

The Lisbon event was led by the progressive organisers and strategists behind election successes in the USA, Sweden and the UK. They will train activists on a broad range of election techniques, including boosting voter turn out, digital campaigning, grassroots mobilisation, and how to combat fake news and hate speech.

The Campaign Camp is the latest phase of a plan by the PES to train 15000 activists for the European elections.

Press Releases about the PES Congress 2018: 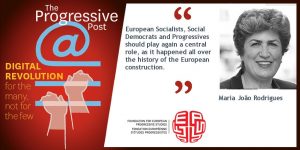