Interparliamentary Conference on Stability, Economic Coordination and Governance in the EU

By the Austrian Presidency of the Council of the EU

To ensure democratic accountability in the area of economic governance and budgetary policy in the EU, the Interparliamentary Conference on Stability, Economic Coordination and Governance in the EU enables a stronger involvement of the national parliaments in the debates on economic coordination of the EU. Furthermore, it facilitates an enhanced exchange of views on economic governance and budget policy between the European Commission, the European Parliament and the national parliaments on a regular basis.

The agenda included current matters of budgetary and fiscal policy such as the Multiannual Framework or the Projects in support of the completion and deepening of the economic and monetary union.

In my role as Vice-President of the S&D Group of the European Parliament, in charge or the relations with socialist members of EU institutions and relations with National Parliaments, I chaired the S&D preparatory meeting and I attended the Interparliamentary Conference on Stability, Economic Coordination and Governance in the EU, which took place in Vienna between the 17th and 18th of September 2018. 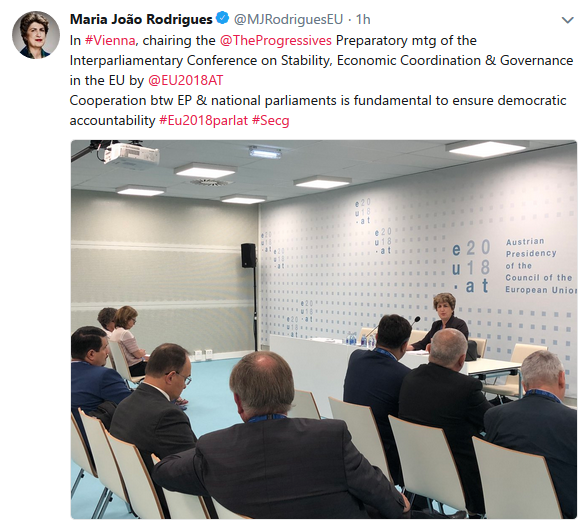 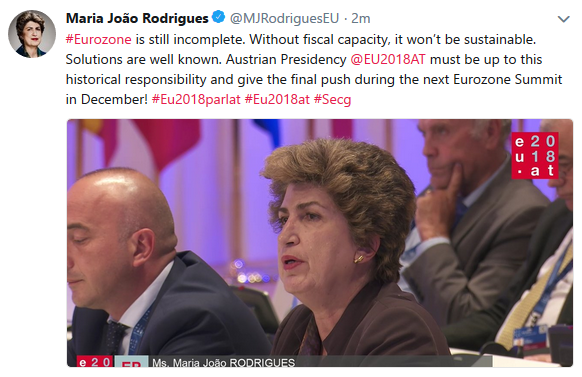 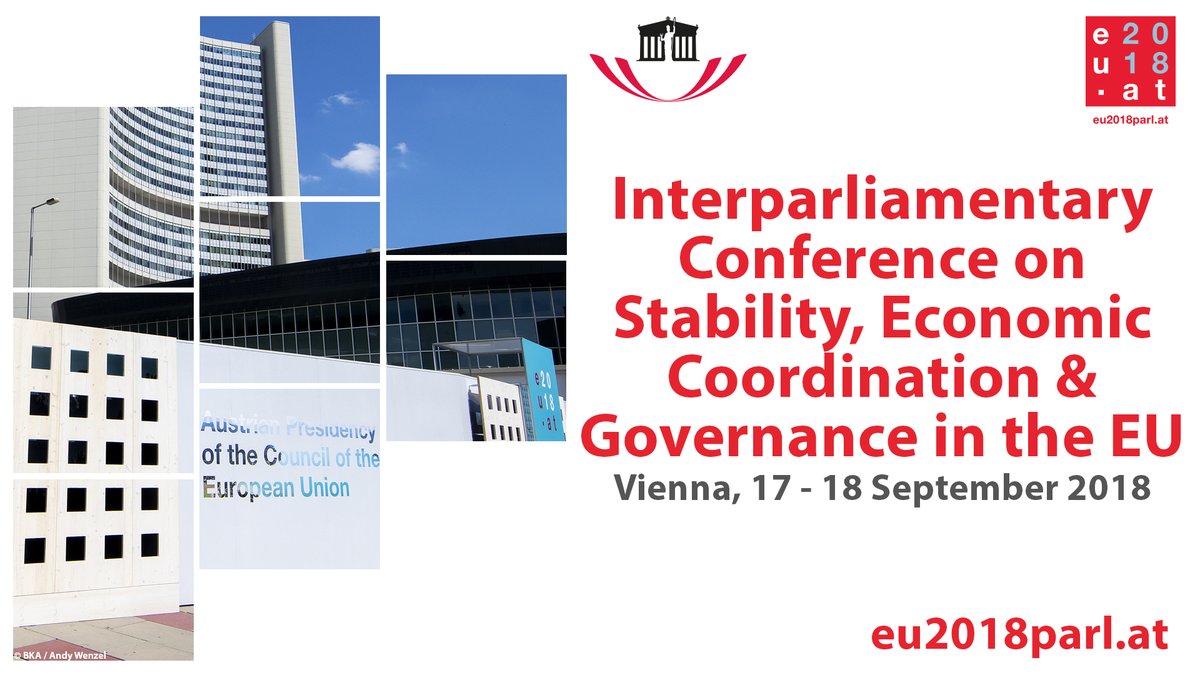