Beginning of the Austrian Presidency of the Council

Debate with Prime Minister Sebastian Kurz at the European Parliament

My message to Austrian Prime Minister Sebastian Kurz: “A Europe that protects” is the motto of new Austrian Presidency of the Council of the EU. Yes, we want a Europe that protects, but for us protection means fighting against inequalities, implementing the European Pillar of #SocialRights which you also signed, not to wall up Europe against migrants! 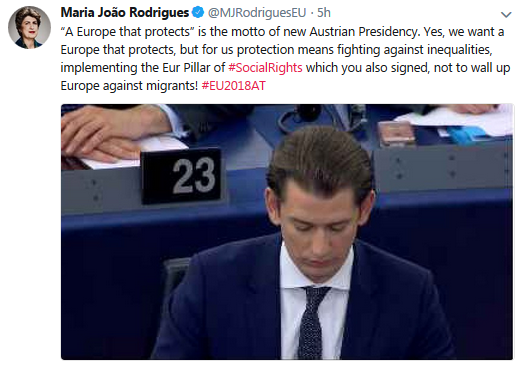